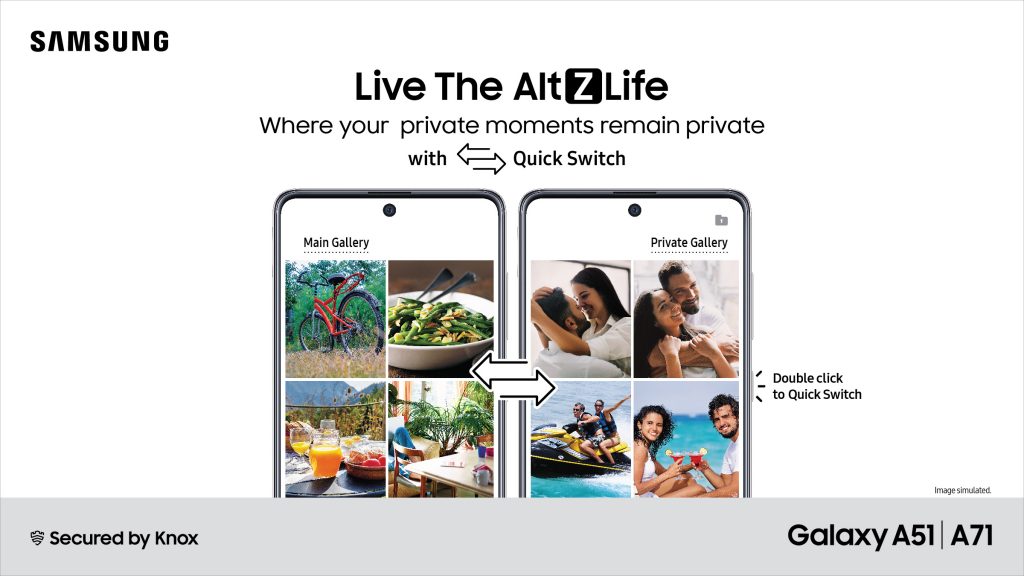 Samsung is launching a new “Made for India” feature (or set of features) called AltZLife, that lets you switch between two different phone profiles — including duplicated apps that can be associated with different accounts — with a quick and simple double-press of the power button, called Quick Switch. A new on-device AI feature named Content Suggestions will also recommend when certain images might be better moved into your private gallery in the Secure Folder. ( ͡° ͜ʖ ͡°)

Quick Switch provides an authentication-protected secondary private profile, accessed via a double press of the power button, and Samsung claims it also works directly inside apps like Gallery and WhatsApp, though it sounds like it may not work the same with all apps. Its security is further augmented by Samsung Knox and Secure Folder.

Content Suggestions can be trained to recognize specific faces or “a type of image” (a euphemism if I’ve ever heard one) for it to suggest moving them to the phone’s secure folder. And as a fully on-device solution, users don’t have to worry about sensitive images falling into the wrong hands.

The two new additions are part of Samsung’s “Made for India” features, which previously included Alive Intelligence, an AI-powered set of tweaks that offer automated tools like multilingual keyboard predictive input, an enhanced on-device “Finder,” and a Smart Crop feature which automatically trims images down.

These new AltZLife features, which Samsung calls “The Ultimate Private Mode,” will be coming to the A71 and A51 via a software update scheduled to land on August 10th — i.e., today. It isn’t immediately clear if the features will be India-only, but it sounds like they probably will be.